Home Game How to Play Twister 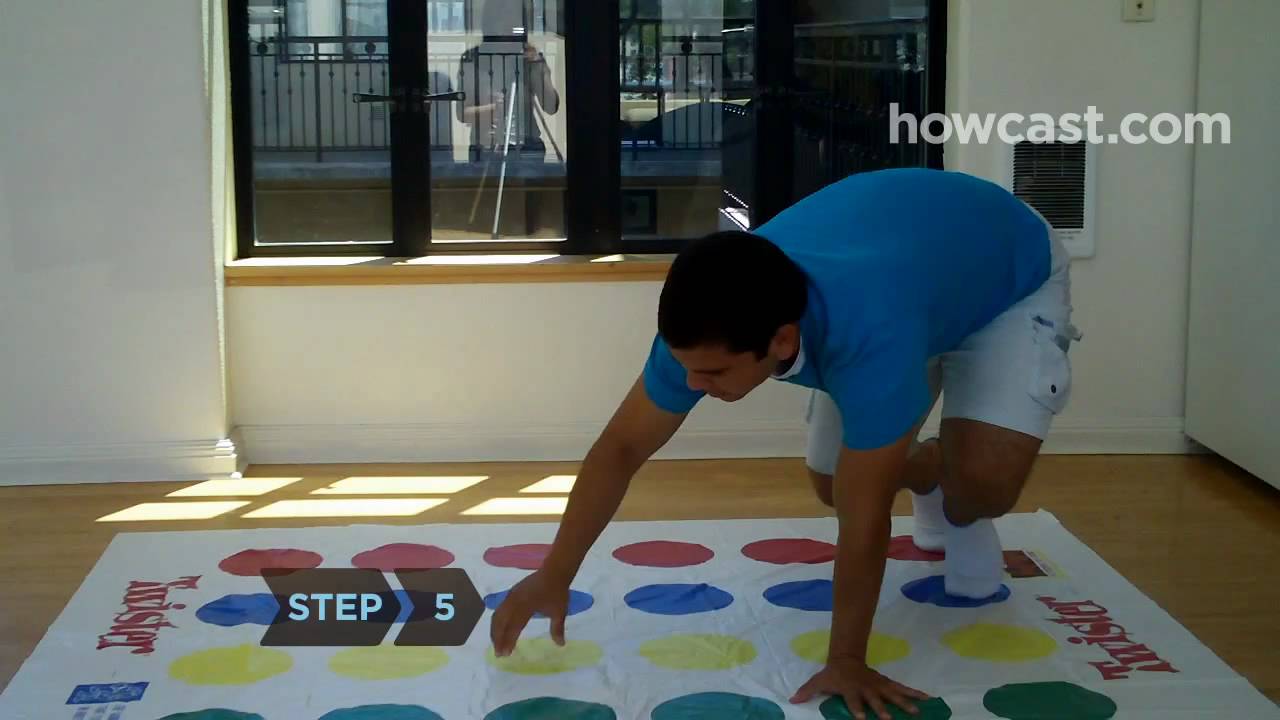 Introduced in 1966, this popular game continues to enthrall every age group.

Step 1: Position game mat
Place the mat on a flat surface, indoors or out. All players must take off their shoes.

Step 2: Select a referee
Pick your game’s referee. The referee will spin the spinner, call out the moves, and supervise the game.

Step 3: Position players
Position two players on opposite ends of the mat, near the word Twister. Players put one foot on the yellow circle and the other foot on the blue circle closest to their end of the mat.

Tip
For a game with three players, the additional player faces the center at the red-circle side of the mat, placing one foot each on the two middle red circles.

Step 4: Follow referee’s calls
Follow the referee’s directions after each spin. Each player must try to put the designated body part on an empty circle of the called color.

Tip
If your designated hand or foot is already on a circle of the called-out color, you must move it to another circle of the same color.

Tip
There can never be more than one hand or foot on any circle. If two or more players reach for the same circle, the referee must decide which player got there first.

Step 6: Win the game
Win the game by being the last player remaining.

Did You Know?
Did you know? In 1987, a record-breaking 4,160 contestants participated in a Twister marathon at the University of Massachusetts.