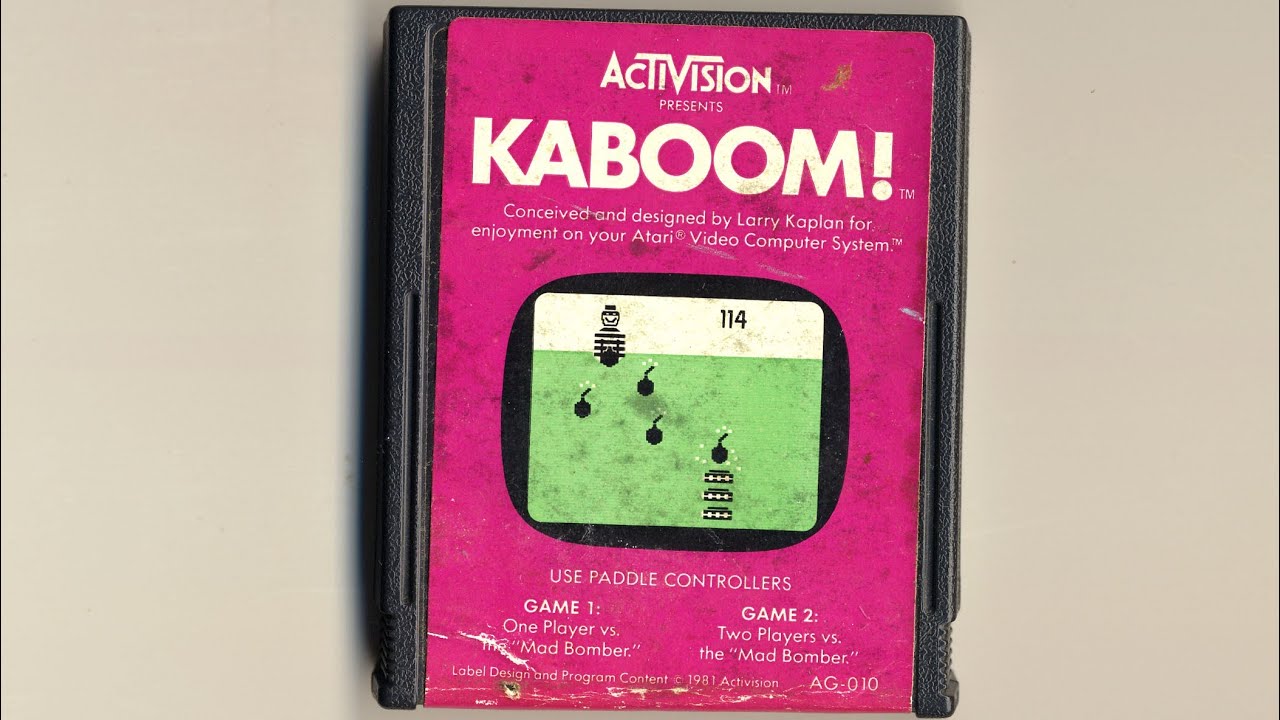 Kaboom! review. Classic Game Room reviews KABOOM! for Atari 2600 from Activision released in 1981, a video game where you catch bombs in buckets after they’re dropped by the MAD BOMBER! Kaboom with the red/pink/purple label is an arcade style game where the player scores small amounts of points during early, slow rounds but gets more points as difficulty and speed increase. Kaboom! surely goes Kaboom after about round 4 or 5 when the speed picks up to a frantic pace!! CGR Kaboom video review features Kaboom gameplay from the Atari 2600 Activision game cartridge of KABOOM!