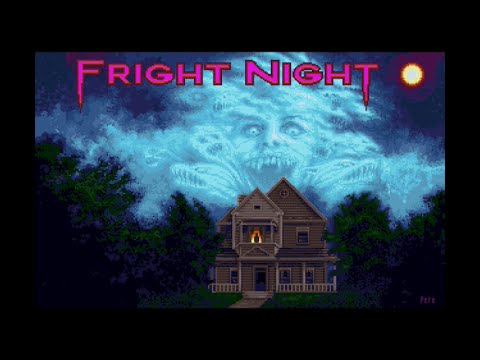 One of the reasons I didn’t longplay this before is because it has a lot of boobs everywhere Smile, and YouTubers tends to LOVE flagging videos for the smallest of things, so will add a warning in the title.

I didn’t bother playing good/carefully… skipping jumping over hands, etc. I could use savestates when needed, so Pfft

10:38 – At this point I noticed I missed one, and went back. Here’s why: I followed this Let’s Play ( but he couldn’t complete Thursday and blamed it on a bug/glitch/bad crack. So, after I noticed the day didn’t complete, I felt like checking all the rooms again, but edited the memory so I had unlimited health to save time and effort. I noticed that there was a girl in a room I visited before, so I loaded a savestate of where I hadn’t visited that room yet, and went in, killed the person, went out and in again – and a new one appeared. This is what he didn’t know: Monday-Wednesday only have one person in a room, no more if you revisit it. All the other days can have up to two. I agree with him about taking one side at a time is best.

11:51 – Showing her reaction changing when I’m at different distances, although just two different changes for her, three if you count her throwing stuff. Doing it one more time on the final victim 24:52.

The game has no ending and just starts over from Monday after Sunday is done (so I ended the game after Sunday). but not from the normal Monday. This new Monday has all the rooms just like Tuesday-Sunday and start with the ghosts and hands. It also has more than one person in some rooms (not at the same time of course). Soooo… the new Monday is like the days after Wednesday. I wonder if each new day after the loop would have more people in the rooms. Probably still a maximum of two, but eventually maybe have two in each room, whereas on Sunday (the last recorded day) it had two in some, and one in some…

The decor/furnishing of the rooms seems to be randomized each time you start the game, but it always has the same enemies/people in the rooms.

As I didn’t wanna risk any graphic errors or other problems, I played it on a standard A500 (with some extra memory). This causes annoying slowdowns when entering/exiting rooms if there’s enemies on the screen.

If you jump at a victim at the right moment, you end up on them (not above), and no biting triggers, so you need to move back a bit in the direction you came from to trigger it.

There are three symbols at the bottom – left = time | middle = the damage (called “faith level” it seems), and the darker the color, the more damage the visitors’ weapons will do | right = health.